Your average cabdrivers in 1978

“So how long you’ve been doing this?”

“Nope. I don’t have time for movies. It’s been over 10 years since I’ve been in a theatre to see a new release and that’s not changing anytime soon.”

“How could you not see a movie in that long? That’s so odd.”

“I’m a white cabdriver and I’m talking back to you. Isn’t that odd enough?”

And so it goes. The above gets repeated often enough that I needed to put it on here and I can spit out the routine word-for-word, even after pulling a 5-shift week. Even though I don’t have any desire to see any movies anytime soon, I have gotten around to a certain TV show that somehow, has become near and dear to my heart.

For those of you that never bothered to dust off your 8-tracks and bell bottoms, Taxi aired from 1978-83 and won a slew of Emmy awards, given it’s relatively short run. It was on ABC for the first four seasons and then moved to NBC in 1982 before it’s final cancellation a year later. Like The Wonder Years or Soap, it seemed to have run for ages because of the legacy that left behind and the careers that the show helped to launch, which is probably a telling sign of a sitcom’s true legacy.

So sure enough, I got the DVD’s of each season and went through them – one by one, following the story arcs that were loosely woven through each season and looking between the lines for any trends that someone else may have missed. You’re probably thinking “Pat, it’s a sitcom. Seriously. What could be taken out of it beyond the 24-minute dosages of entertainment that were meant to be consumed and digested?”

Much like Sesame Street, Taxi was one of the few shows that gave me my first impression of the Big Apple. Many people growing up today have no idea how truly, awfully bad New York in the midst of the fiscal crisis of the 1970’s. Garbage on the streets, Subways covered in graffiti, a sky-high crime rate, and don’t even get me started on the South Bronx. Yeah, the Yankees had a nice resurgence but as Howard Cosell noted during the World Series, the Bronx was indeed on fire.

That was about the most excitement the city saw during that time. Go ahead and watch the closing credits of Barney Miller, The Jeffersons, or All in the Family. Notice anything? The City looks like shit. Total shit. The air is dirty, cars are really big, and damn, those buildings are boxy, giant, and unimaginative. No wonder everyone wanted to get out and go away from New York – even to suburbia. I can still remember the commercials during those shows when I was kid and couldn’t find anything else when flipping the dials on the cable box around. A Native American cried as litter was being tossed out of a car, Milton Glaser’s iconic ILOVENY logo was plastered all over everything as a hopeful catchphrase, and Mayor Koch made a simple plea: “New York, let’s clean up New York”. It was a world of few channels and much effort to bring the city back from the brink of collapse.

And much of it could be seen on Taxi.

The muted color palates, Checker cabs, and desperation that the drivers on the show faced were the signs that hit close to home. Elaine worked in an art gallery, back before skinny Europeans and millionaires took them over on the Far West Side. Tony was a Boxer in the days when the Golden Gloves could lead to a career that people aspired to. Bobby was an actor who actually studied Shakespeare and wanted to be on Broadway more than anything else. What they all had in common was that they drove a cab in the hopes of ultimately landing full-time jobs as blue-collar workers. A lifestyle like that was worth slaving away for in those days, when one could pull a Madonna and come to Manhattan with nothing. Squatting and crashing on couches was the norm for many then, even if one never saw his or her dream fulfilled.

And that’s where Taxi stands out among it’s television brethren. Looking back on the sitcom format now, there’s zero doubt that shows with a laugh track are 20th Century relics. All of life’s problems aren’t tied up neatly at the end of each show and social issues aren’t meant to be addressed on a “very special episode” with the laugh track turned off. It’s heartbreaking to watch Elaine get jilted by another guy or to see Jim grieve at the end of an episode, only to watch the credits roll to the sound of Bob James’ melancholy theme. It also hits close to home to me because I have nights where I want to pull over, put the cab in park, and just let out a good cry, knowing that I’ve been given a bigger dose of humanity than I can handle.

Although I haven’t made to the end of the series, there are no surprises lurking around the corner on the show. No happy weddings, no babies, no endless introductions of new characters to pump up sagging ratings. When the show concluded in 1983, all of the drivers are still working at the garage, even though none of them planned on being career cabbies. For many of us, this vocation is not something that we plan on doing forever but as I’m fully aware of, it’s easy to get hooked on the money, the steady hours, and the abnormal sense of a routine that driving a yellow cab brings. As the show went on, it was easier to see everyone as a cabdriver and not hacking to get by in the meantime. 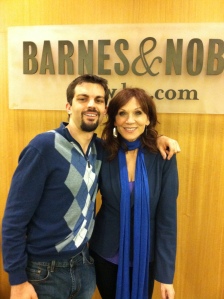 Your average cabdrivers in 2012

Even the set lightens up over the seasons as well. The biggest shame in Taxi was that it was cancelled a year before The Cosby Show launched. Thursday night on NBC became “Must See TV” and included such hits over the years as Cheers, Seinfeld, ER, Friends, and fittingly, the last great sitcom in Frasier. Taxi could have lasted quite a while longer and possibly, the success of one of the main characters could have been written into the plot. Of course, that would just be wishful thinking given how the series concluded.

Just as no sitcom comes close to depicting real-life conditions, Taxi isn’t an exception to that rule. I don’t go out for a beer with my coworkers when I get back to the garage, I have yet to play a game of cards, and the vehicles I drive don’t go through the streets of the city at 20 miles per hour. The show was great at showing New York at a key point in its history, before the building boom of the 80’s remade much of the business district with more colorful skyscrapers and a rehabilitation of the city’s crumbling housing stock. It’s during the bumpers that I appreciate the love of New York seen on the show – either during shots of streetscapes that are radically different in the 21st century, or in buildings that look the same now and have been wonderfully preserved for future generations.

Taxi took place in an era when much changed in New York and at a time when the City had to help pull the nation of a recession, which could also be said of today. I’ve seen enough of these changes in the 7 months I’ve been behind the wheel even though nothing ever seems apparent at first. Shifts turn into weeks and into months, and what seemed like a way to get by eventually became a routine, and ultimately, a lifestyle. For some odd reason, all of it never really bothered me, even though I’m pushing two years since I finished my undergraduate studies.

After all, it’s not like I’m going to be doing this forever.