“You think it’s so unlike me
Why did the city change me?
Red sky, my eyes closed
The fire came so slow” 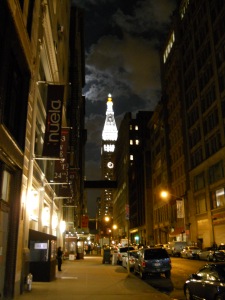 “So do you make more money during the day or at night?”

“Well, I’ve never worked a day shift, so I can’t answer that.”

“But you do alright at night, correct?”

“If I didn’t, I wouldn’t be out here. I’ve always been a night owl and this fits perfectly. Besides, if ya don’t like being out at night, ya shouldn’t be here to begin with. There’s nowhere else I’d rather be at night than in New York.”

It was 10 years ago this month that the City was plunged into darkness in the first blackout to hit the Big Apple since 1977. I wasn’t working in New York or in school at the time, so I heard all of the accounts on AM radio as I stayed in Jersey for the week. I almost expected a repeat of what happened during the “Summer of Sam” but the widespread riots, looting, and panic were largely absent during this time around. Once the power came back on, it was business as usual and even though my beloved Yankees made the World Series that year, there weren’t any reports of the Bronx Burning as the cameras rolled during the games at the Stadium.

Although it’s been a long time since the last electrical failure in the 5 Boroughs, I think it about it all the time during my nights out on the street. Most of us take modern conveniences for granted until they go out, which is certainly true when a train gets stuck underground or rerouted to another station far away from your original destination. I’m guilty of this too, as I love to push myself to extreme when I’m on duty. It’s easy to do until a tire, headlight, or the on board GPS goes out, and I’m at the mercy of Veriphone or the mechanic on duty at the garage.

One of the best things about my shifts are watching the long day’s journey into night, and seeing how everything changes during and after the sunset. No matter the weather or how many times I work a given week, there’s always an adjustment period as the sky darkens and all of the artificial lighting and kicks in. Not only is it harder to find fares on most nights, but a lot more attention has to be paid to the surrounds as the Taxi is in motion.

For me, it goes a bit deeper than that. Not only do the people and locating those who wish to hail change, but the way that things look and appear also change. Construction sites are barren during the overnight hours unless the temporary lighting stays on but during the day, I will round a corner and see 6-8 floors added onto a building since the last time I was able to check its progress. The lights of Times Square can be seen for blocks away, as the city’s outdoor mall for tourists turns into the set of Blade Runner for those who stick around after shopping and eating at chains that can be found back at home. Because the streets themselves are so clogged, the view down them hardly changes, but that’s not the case throughout most of the rest of the City. It’s amazing to see how the areas around the transit hubs look totally different when the people are gone, and the view and vistas open up down the avenues.

From the top of the Chrysler Building to the view down an industrial street in Bushwick, it’s the way the City looks at night that gets me through the trails and tribulations of my job. Even when 99% of my fares are great, I can stew over the 1% that treated me like a peon, a pawn, a robot, or just inhumanely. Every job I ever had featured at least one person who pushed me around the hell of it, even if it was unintentional. This is the first one where I call the shots and the only person who pushes myself, is myself with the upside being that no one sees me at my worst, after one of the fares that changes your life or demeans me for no reason walks out, leaving me wondering what just happened.

That rarely happens however, and for every moment that nearly leaves me in tears, there are scores that make me cry because they are so fleeting and temporary, and I wish I could hold onto them for the times when the joy in life seems to be lacking. The last month or so has thankfully has seen more than their fair share of those, as the near-perfect nights have led to several instances of me pulling the Taxi over and feeling the breeze as I explore a part of an outer Borough that I rarely get to.

I should be past this stage in my life, as my birthday next week has once again reminded me. When I was younger, everyone said that I would stop staying out so late and settle down when I got older. Since so many of my fares always seem to guess my age incorrectly and think that I’m just as young as they are, especially the drunken trust fund-baby twentysomethings that I take home on the weekends. It’s nice to hear but it also hurts because I know that’s not the case deep down. I don’t think New York is powerful enough to keep me young forever, or to take my physical and emotional aches and pains away as they accumulate over the years. I never got into the City enough when I was growing up, and into the clubs and hot spots that no longer exist except in people’s memories. Making up for lost time now was not what I set out to do when I took this job, but it’s been a pleasant benefit to a job that has consumed much of my waking hours and changed the way I view humanity.

Many people come to the Big Apple bright-eyed and busy tailed, expecting to change the City and hit it big there. Most of them will fail to some extent since few will make it to the top of their chosen profession. What the migrants to the Big Apple fail to realize is that the City *will* change them, even if it’s gradual and over time. It’s not so much an assimilation as it’s a change in mentality that makes anyone become a New Yorker, even if the accent never fully kicks in.

Over the last two years, that’s what’s happened to me, and I know for a fact that I’m all the better for it. 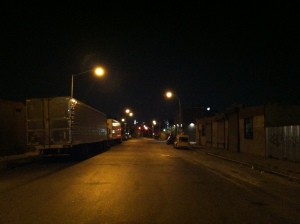