Over the last year and change, it was quite apparent that the taxi industry in the Big Apple had undergone a lot of changes. For starters, Meera Joshi had left her post in March of 2019 after being the TLC Commissioner for 5 years. Bill Heinzen took over for the rest of the year as the descent that all drivers felt continued unabated through the end of the first decade of the 21st century.

That could also be true for the writer of this blog as the good times that were prevalent throughout his first 4 years on the job were becoming a distant memory as more and more shifts were worth writing off due to a lack of business. Sure, yours truly was fortunate enough to give Oscar-winning actress Diane Keaton a ride from the Upper East Side down to her hotel in SoHo  last April, but besides that, the memories and notable passengers were becoming few and far between.

As the end of 2019 drew near, it was obvious that the escapades and adventures of yours truly were about to draw to a permanent close with a whimper that no would one have heard. The fares had dropped off so much to the point that most other drivers in the Big Apple were barely able to cover their lease fees via the fares collected, as it was becoming obvious that our days roaming the streets of Gotham were dwindling to a whimper.

No one seemed to notice and even fewer seemed to care. After years of fighting the city, the tech companies, and conventional wisdom, it looked like our days were few and that we had lost the battle of the streets to a bunch of upstarts from Silicon Valley that were destined to rule the lives of those living by their phones from the cradle to the grave. 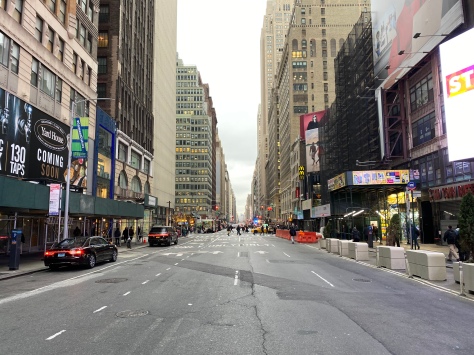 Then a funny thing happened. In the middle of the slow season, the abnormally warm winter, and the appointment of the third TLC chair in the last 12 months, a little known virus from overseas started to become the dominant story on the news…

…and then it took over.

By the time Saint Patrick’s Day came, it was impossible to ignore the COVID-19 virus or it’s impact on the most advanced economy in the western world.

The Knicks, Rangers, Nets, and Islanders chases for the playoffs (or draft lottery).

The upcoming seasons at Lincoln Center, Radio City Music Hall, and everything else on stage in The Big Apple.

Ditto for the flights at the airports, as they were reduced to less than 10 every hour.

The same could be said for every concert venue, jazz club, social gathering, and performances at Lincoln Center.

All were cancelled until further notice – whatever that meant…

For those of us who drove these concertgoers and patrons around, it was a death knell worse than anything thrown at us after the onset of Uber and Lyft’s debut on the streets of New York.

And there was nothing we could do about it.

Calls to the dispatchers at my garage ended in the same way, as lots of sighing, blaming, and depressive language ended with the usual wishes for a speedy recovery and reminiscing of the good old days that seemed to get farther away by the week. Overnight, drivers were put out of business as the city was ill-equipped to handle the shutdown that paralyzed commerce and life, at the expense of the people who made the place run.

And nowhere did it hurt more than those who transported the citizens of Gotham around at the wave of an arm.

Essential business were easy to discern – those who worked in hospitals, mass transit, police, fire, and maintenance were allowed to go to work but those were drove people around one or two at a time were not deemed essential and as always, were left in the dust in favor of those who were employed by the MTA or one of the myriad of unions that protected the livelihoods of the working class.

It should have come as no surprise that the chair of the MTA ended up catching the COVID-19 virus as Pat Foye joined Madison Square Garden CEO James Dolan, New Orleans Saints Coach Sean Payton, and thousands of others across America who were infected by this bug. Even Uber drivers who were forced to remain on the job in order to earn a living were catching this and adding to the rising toll.

As for yours truly, that was never a problem when it came to being forced to work but the instantaneous drop of income and a livelihood were just as bad as any physical setbacks that the virus could have inflicted on myself, or anyone else in the industry. Long after the mental shock of a shutdown set in, the physical shock took much longer to be absorbed as it was obvious that the old normal was giving way to a new normal that was much quieter, and detrimental to working-class New Yorkers.

It was only a new era in history because of how unprepared the city was for a pathogen of this sort. In the 20th century, two world wars, several recessions and depressions, and 9/11 were what ultimately threatened to do The Big Apple in. In each instance, the preparation wasn’t thorough but the response was, as the attacks were short and contained in nature and nowhere near as bad as the worst case scenario could have been for a disease such as this.

That’s completely opposite of what happened when the Corona Virus crossed the Pacific Ocean and made itself known in the 5 Boroughs. It had been over a century since the Spanish Influenza brought an untimely end to many during the waning days of WWI and the city was ill-equipped to handle a pandemic that would even come close to the havoc wrecked in the early 20th century. Both New York Governor Andrew Cuomo and Mayor Bill De Blasio were not up to the task of handling what reached the shores of America from Wuhan in a matter of days, although the former was much better at putting Gotham’s residents at ease, unlike the latter who continued his tendency to blame others while leading from behind.

Whether New York would come out ahead, behind, or somewhere in the middle when the pandemic was over remained to be seen. The Dow Jones had dropped 30% and easily into bear market territory as of this writing as both the budget of the city and state were blown to bits overnight. While the fundamentals of the economies of Gotham and the Empire State were fundamentally sound, a lack of liquidity and cash flow threatened to bring both to a screeching halt and throw millions of low-wage and service-sector workers out of work instantaneously; as the lack of a social safety net guaranteed that heavy government intervention would be needed to keep millions afloat.

Regardless of whether a new economic, social, and political system would come about as a result of these job losses and accompanying quarantining, it was obvious that the good times of the Teens had come to an abrupt and shocking end. What lie on the other side remained to be seen but it was apparent that the drivers, and vehicles, that were the lifeblood of New York, were destined to be an afterthought as a new order was set to take shape. As always, the question was whether they’d get a voice at the table as the rules were rewritten for a new and different age, remained to be seen… 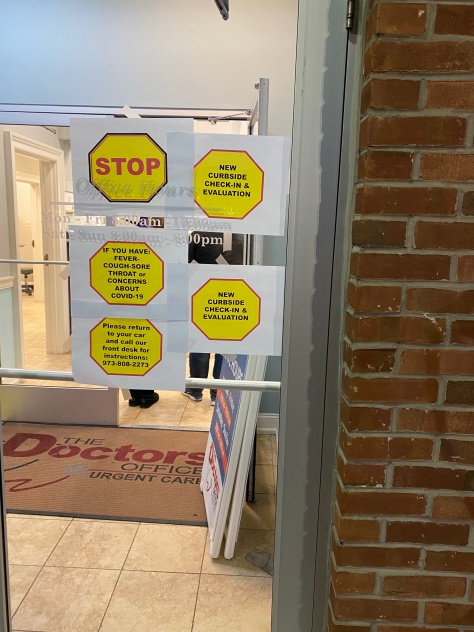